The Atlanta Food Bloggers’ Society was recently invited, by Four Roses Bourbon®, to take part in a holiday recipe challenge. Could the AFBS members use Four Roses Bourbon® to take a holiday – sweet or savory – dish to a new level of deliciousness? We think these creative food bloggers exceeded expectations.

To inspire your holiday menu we’ve put together a Recipe Roundup of the Atlanta Food Bloggers’ Society posts. Enjoy … they are for sure Divalicious! 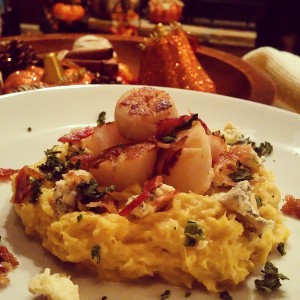 Chef Nancy Waldeck wanted her dish to be both delicious and healthy. Her stuffed mushroom side dish that includes sweet potato and quinoa is a great start to your holiday meal. Bourbon Sweet Potato and Quinoa Stuffed Mushrooms – Taste & Savor

For Lia Picard this was an opportunity to develop a new savory dish. Her Bourbon Spiked Corn Pudding – The Cardigan Kitchen looks like the perfect holiday comfort food.

Teresa took a tried & true and kicked it up a notch! There were no lefts for her ‘new’ Bourbon Honey Baked Salmon – Red Velvet Confections !

There is no better way to enjoy friends and family during the holidays, than with a lazy brunch. Minjenah takes a favorite of many to the nth yummy degree with Bourbon Banana French Toast with Bourbon Maple Syrup – Beef & Chocolate. Photo credit: Beef and Chocolate 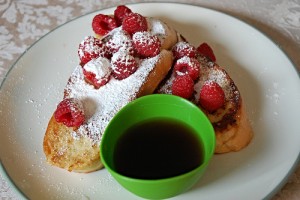 Randy & Melanie, the husband and wife duo of the Atlanta Food Critic went waaay over the top with Six (!) recipes. They take us from breakfast with eggs with a bourdon kick to Bourbon El Dragon Verde; Bourbon Baked Beans with Beef (the secret ingredient that was missing from family recipe was… you guessed it bourdon!); Two BBQ Baked Chicken recipes and a delightfully fresh Chicken Spinach Salad. Check the all out – At Home with Four Roses Bourbon – Atlanta Food Critic

Brian Kavanagh of the Ultimate Caveman, sends brussels sprouts over the edge and back again with the addition of a bourbon glaze with bacon – Bourbon Bacon Brussel Sprouts .

“But the best part about traditions is that you make them your own. New traditions can be just as special as old ones.” – Kitchen Man Can

For his holiday dish Kitchen Man Can experimented with a new mushroom dish. It could be a new tradition to your meal! –Thanksgiving is always better with Bourbon

When Linda Carmical, founder of Do.Food.Better, added a splash or 2 of bourdon to her Pecan Pie she found it made the flavors richer. What’s not to love with this dessert? Pecan Pie and Four Roses Bourbon® Holidayn

Shana decided to take her holiday recipe gluten free. She made her favorite Apple Crisp, added a touch or two of bourdon and voilà!  In Shana’s words’ “… the flavor is just plain amazing!” Bourbon Apple Crisp – Shana Was Here

Have you tried my Bourbon Apple Crisp yet?? It's oh so delicious! https://t.co/8UwVoMGRZ4 #FRBHoliday pic.twitter.com/ZmSr53arAC

Britt created a “… festive and delicious cocktail that will warm your whole body. Just add a fire in your fireplace, flurries of snow and and a cuddle comfortable chair! Hot Apple Cider- Britt’s Blurbs

Chef Demetra Overton shares a recipe for Figgy Bourdon that sounds so divalicious you better make a batch for yourself! Bonus! you can use the figs for other recipes like figgy pudding. Fig-flavored Bourbon – Sweet Savant

What is better than the rich, warmth of gorgeous vanilla adding flavor to your favorite recipes? For Denise Romeo  it’s home-made vanilla from bourdon! Homemade Vanilla Bourbon Extract – We Like To Cook! 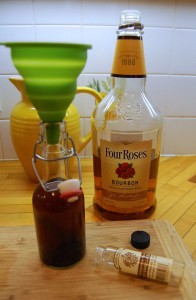 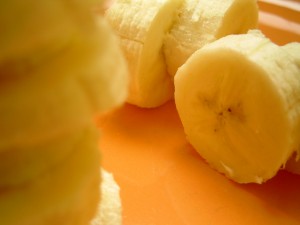 Although Diva Foodies did not participate in this fun challenge, I was inspired to create a bourdon recipe that I’m calling …

Splash or two of good bourdon – because life is too shot to use the cheap stuff (!)

Extra if you don’t care about calories

a few pecans couldn’t hurt either!

In a heavy skillet melt butter and add brown sugar until it becomes a syrup.

Add banana/s; coat well with the syrup and cook until tender but not mushy

Pour into a bowl (take care it will be hot); let cool and top with whipped cream, chocolate sauce and a cherry or two.

Note: of course ingredients can be modified to taste and with more bananas.