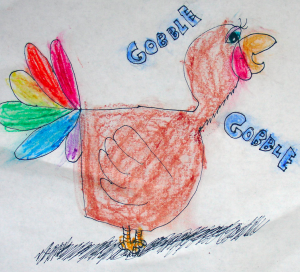 Thanksgiving must be the ultimate foodie holiday. We wondered what divalicious dishes would be on our chef pals’ and food friends’ Thanksgiving Day tables.

We reached out on Twitter to a few folks including several of our #FoodTVChat chef hosts. Please enjoy their tweets in this special Thanksgiving Diva Foodies post!

Let’s start this off with some divalicious martinis from @TheMartiniDiva! Terri Dennis kindly shared 2 ideas with us – a pumpkin spice martini and a chocolate bourbon cocktail. I need both! In addition to creating fun cocktails Terri is an artist. We love the playfulness of her work and of course her martini tweets! Lots of cool stuff on her site!

This #PumpkinSpiced #OldFashioned has no pumpkin, just uses the spices & comes with a handy holiday recipe for Pumpkin Spiced #SimpleSyrup!#TGDF @DivaFoodieshttps://t.co/oEPp3UXqDv pic.twitter.com/9loy4s2xkt 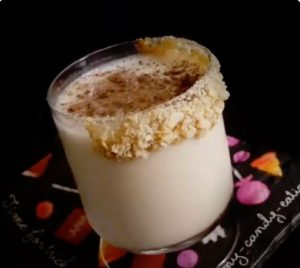 Chef William Poole, @cowboychef, surprised us with his contribution… a traditional stuffing recipe from what might be considered a ‘retro’ receipe  from “Betty Crocker.”

Chef reminds us at the end of the day or the beginning of the meal it’s about creating and reliving of memories of food, friends and family.

By the way, if you’re looking for special dessert treats drop by Porter Hill for Chef’s handmade, incredible, chocolate delights. Many are made using antique molds including a special Santa one.

@DivaFoodies #TGDF It may sound trivial or too easy, but I have used this recipe for years…I think it's more the aromatics than the simplicity of the recipe, which takes me back to fond Thanksgivings of my youth. https://t.co/YOMObctpkB #kidstable #nostalgic #Thanksgiving

Chef Logan Guleff, @loganjrchef, offered an innovative idea for a Thanksgiving side… Acorn Squash stuffed with Apple Raisin Stuffing. By the way, Logan is winner of MasterChef Junior season two, has won numerous awards including one for his first cookbook, “Logan’s Chef Notes And Half Baked Tales” (which would make an awesome holiday gift!).  Read my interview with Logan about why it was important to him to write this cookbook to support young cooks.

@DivaFoodies how about this acorn squash stuffed with apple raisin stuffing pic.twitter.com/lb2qo8YG3r

Love how Sharon incorporates her Italian heritage into her Thanksgiving meal with lasagna including home made ricotta cheese… but of course!

Kent Rollins, Food Network Throwdown with Bobby Flay, Chopped Grill Masters and Chopped Redemption, NBC’s Food Fighters. In the tradition of going Big in the West, Kent is making a prime rib and a gobbler. We’d really love to nibble on his butter cream corn too!

Chef Emily Ellyn, Food Network Winner Cutthroat Kitchen; All Star, Cupcake Wars. In her stylin’ retro rad way, Chef Emily gives us perfect Turkey bites that include all the flavors of Thanksgiving from turkey to cranberry sauce. Be sure to check out her recipe!

We so wish we could turn this post into a progressive dinner and join each chef and food friend on the food holiday of the year! Wouldn’t that be beyond amazing?

What we can do is wish You a Divalicious Thanksgiving Day filled with wonderful food, friends and family. Marianne & I are grateful for your friendship and support you’ve given us on Diva Foodies and #FoodTVChat. Please follow us on Twitter @DivaFoodies and Facebook for more food fun!