Last Thursday, June 11th, we mixed it up a bit on #FOODTVChat  and hosted our second ever OPEN MIC and it was even more fun than the first! We had planned to chat about the new season’s  food tv shows as well as discuss some of the recipes that recent food tv contestants have developed during their competitions.

We have been especially enamored with Chef Dwayne Ingraham’s Strawberry Blueberry Rhubarb Pie recipe create during Food Network’s Spring Baking Championship and thought perhaps that our #FoodTVChat peeps might have some other favorite recipes to share.

Well, we will have to do that another time!  Things on #FoodTVChat Open MIC turned out a bit differently than planned —of course that IS the beauty of social media and an OPEN MIC, right?! And indeed, this #FoodTVChat was a beauty!! Or many beauties….as in Sharon Damante, All StarAcademy Alum, Rosa Graziano and Michelle Karam , Jay D Ducote The Next Food Network Star Season 11 finalists the beauties who dropped into #FoodTVChat and made things especially lively along with Chef Terry French, winner of Food Network’s World Extreme Chef.

Spot on! @DivaFoodies Social is where you must b to b in the game #foodTvChat

I love "Auntie" Rosa as I love 2 call her now, as you say, I want her 2 raise her social media profile #foodTvChat https://t.co/trEVW4RVKS

And speaking of putting yourself out there… #FoodTVChat is EVERY Thursday at 7PM Eastern. Please join us! The full schedule through JULY is right here.   And as All Star Academy Alum Sharon Damante says, it’s addicting —

This week on #FoodTVChat, June 18th, Michelle Karam finalist on the much discussed The Next Food Network Star Season 11, will be our Guest Chef.  And of course we never know exactly who else will show up and put it all out there….don’t miss it!! 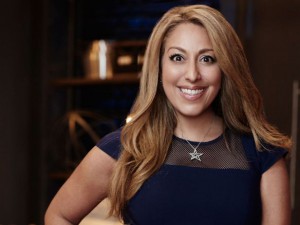