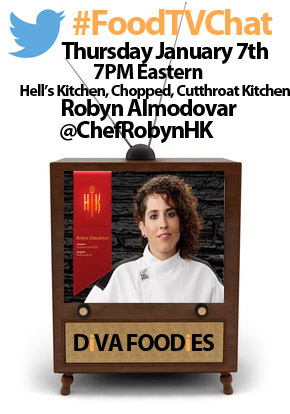 We are excited to welcome #FoodTV uber competitor Chef Robyn Almodovar to this week’s #FoodTVChat. Robyn is a  Hell’s Kitchen finalist, a Cutthroat Kitchen Winner, and a Season 24 Chopped Winner! #FoodTVChat with Robyn Almodovar will be Thursday January 7th at 7PM Eastern so put it on your calendar and join in the fun! Where else can you get the inside scoop on cooking for Hell’s Kitchen’s Gordon Ramsey and Cutthroat Kitchen’s Alton Brown all in one place?

Chef Robyn Almodovar graduated from Le Cordon Bleu after deciding that cooking was her passion not the chore she thought it was as a child.  After Le Cordon Bleu, Robyn moved to Fort Lauderdale, Florida and began an internship at the Hyatt Regency Pier 66. She has been an executive chef, a private yacht chef, and a personal celebrity chef and is currently the owner of Palate Party Food Truck in Miami Florida.

However Chef Robyn Almodovar  has some bigger plans in the works.  We would expect no less. Her determination to achieve her dreams was apparent in the brief conversation we had with her–along with her creativity and her passion for fresh ingredients. All these qualities, plus her larger than life personality, are on full display as you watch her face down her {male} competition on Chopped and emerge victorious. 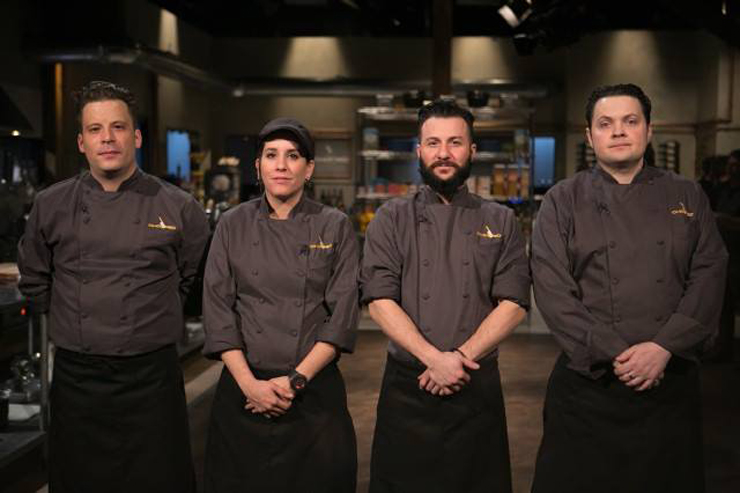 Or check out this video of Chef Robyn on NBC 6 South Florida.

So, join us this Thursday for #FoodTVChat with Robyn Almodovar. Bring your questions—she’s looking forward to answering them! #FoodTVChat is 7PM Eastern.