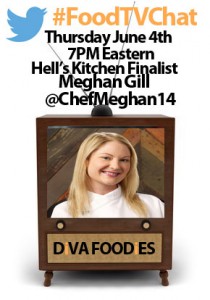 #FoodTVChat is excited to welcome Chef Meghan Gill this Thursday at 7PM Eastern. Chef Meghan is the last of two finalists  on Season 14 of Gordon Ramsey’s Hell’s Kitchen on Fox Broadcasting. You won’t want to miss this  #FoodTVChat now will you?!

Bring your questions for Chef Meghan this Thursday to #FoodTVChat— and no she won’t be able to tell you if she is packing for Las Vegas and the head chef’s job at Gordon Ramsey’s Pub and Grill at Caesars. That you will have to wait until June 9th to find out. Most everything else as you #FoodTVChat regulars know, is open for discussion! 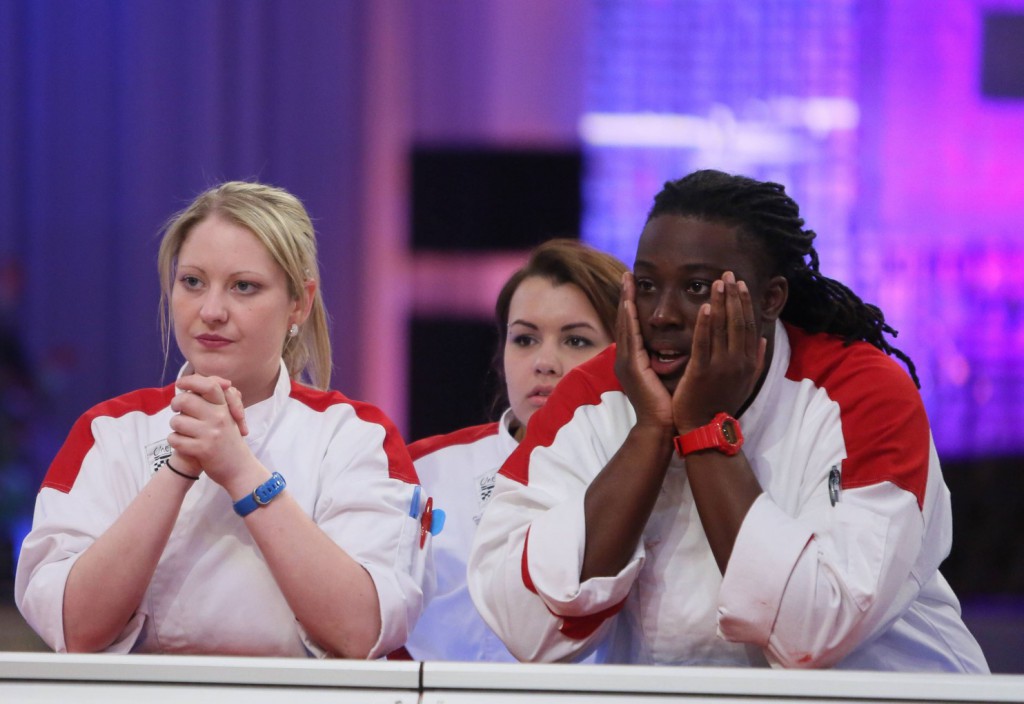 Chef Meghan is currently the executive chef at Stefano’s On The Market in Roanoke Virginia. Originally from the DC area, she began cooking when she was 19 (she’s 28) and trained in French cooking at L’ Academie de Cuisine in Maryland.

Please join us, 7PM Eastern #FoodTVChat when we chat with Guest Chef Meghan Gill days before the finale episode. And Chef Gordon Ramsey, we would love to have you visit!