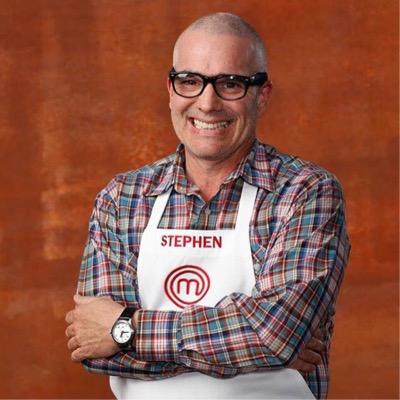 After a brief hiatus while we attended the Atlanta FoodService Expo we are looking forward to this Thursday, October 29th when #FoodTVChat with Stephen Lee will start at 7PM Eastern.

As you may recall Stephen Lee finished third on Season 6 of Master Chef but that hasn’t slowed him down–he is already planning on redemption in Master Chef All-Stars, “I tried and worked and I cooked my heart out. I came in third which is great, but when I get called back for the All-Stars … I’m going to be that much better and take it over the top.”

In the meantime, he is keeping quite busy with a Food Truck venture that he has launched with none other than Gordon Ramsey. We will definitely want to ask him more about this on #FoodTVChat with Stephen Lee won’t we?

So here is a little bit more about Stephen Lee.…

He was born in Huntington Beach California but moved to Seattle when he was 10 years old. His first cooking job was working in a Seattle pizzeria as a busboy but he soon headed for the kitchen. He perfected his culinary skills traveling across the United States, cooking in diners and on farms.

While working on farms he became an advocate and practitioner of sustainable agriculture, growing and cooking his own food. He also notes that he grew up on Punk Rock which he says made him into the yelling and cursing have it my way guy that we saw on Master Chef.  Today he describes himself on his Twitter page as an Urban Farmer and Advocate for environmental stewardship. And also as a Troublemaker!

So, there seem to be many dimensions to Stephen Lee and you will have a chance on #FoodTVChat with Stephen Lee to ask him anything you want to know. I know we want to hear more about his relationship with Gordon Ramsey and take a behind the scenes look at some of those “moments” from Master Chef 6, the fruit tart perhaps? And of course we want to hear more about his food! How about you?