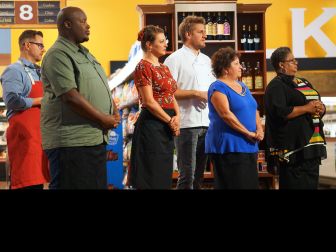 What happens when four of our favorite #FoodTV Chefs from Food Network’s All Star Academy Season 1 and the upcoming Guy’s Grocery Games All Star Academy Face-Off (February 14th)  join us on one #FoodTVChat? Well, just about anything could happen and we mean that in the very best way. We are so excited we have even given this #FoodTVChat it’s own name, #FoodTVChat All Star Edition!

So put it on your calendar because you won’t want to miss #FoodTVChat All Star Edition with Vanessa Craig, Sharon Damante, Joseph Harris and Sherri Williams this Thursday, February 11th at 7PM Eastern. And be sure and put Sunday February 14th at 8PM Eastern on your calendar also because that’s when Guy’s Grocery Games All Star Academy Face Off starring Vanessa, Sharon, Joseph and Sherri will be airing.

Now to help you better prepare your questions for #FoodTVChat All Star Edition, here’s a little update on our four chefs and what they have been up to since we saw them last on Season 1 of All Star Academy.

Vanessa Craig has definitely gone the furtherest in terms of distance since her second place finish on All Star Academy last year. Vanessa met the man of her dreams while filming All Star Academy, married him and she has moved to Melbourne Australia! 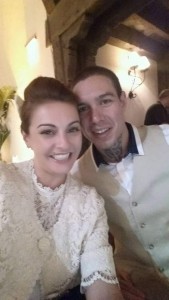 But not to worry she is still very much in touch in the foodie sense posting #VLFfoodieadventure  from Melbourne on Instagram, Facebook and Twitter. Be sure and check that out! She and her hubby have lots of foodie things in the works including plans for a cafe in 2017. Keep your eyes on Vanessa for sure!

Sharon Damante makes her home in the Napa Valley but is always on the go with Sharon’s Traveled Table and her pop up dinners. She also continues to compete in culinary contests. You can catch up with her adventures on her website,  Facebook and Twitter. 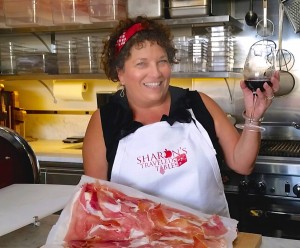 Joseph Harris, All Star Academy Season 1 winner is busy busy busy between his cooking and his mission work. He has some more #FoodTV things with Food Network that are coming up and he has a cookbook in the works. We will be watching for updates!  His mission work recently took him to India and he travels extensively as a conference singer and inspirational speaker. You can learn more about Joseph on his website and connect with him on Facebook, Instagram and of course Twitter. 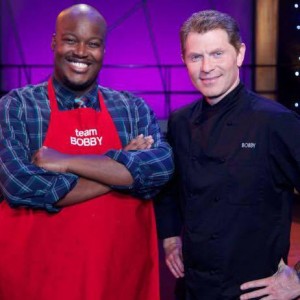 Then there is the irrepressible Sherri Williams who has won so many cooking and recipe contests that she is running out of space to put her prizes! And when she is not entering food competitions, she is judging them! And in between all of that she is posting delectable photos of her culinary creations on Twitter, Facebook and Instagram. I bet you didn’t make anything that looked this amazing for Superbowl Sunday! And imagine how yummy it must have tasted. ! 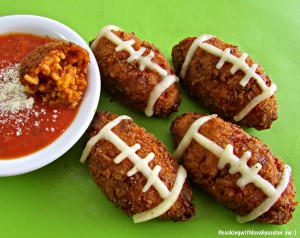 And this one on Facebook today for National Pizza Day…..Sherri your killin’ me! 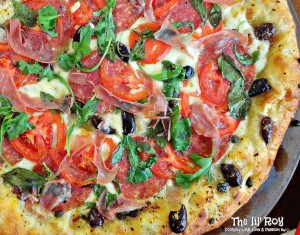 So, Join us this Thursday February 11th at 7PM Eastern for #FoodTVChat All Star Edition.