Give Me Five for No Kid Hungry

Home » Celebrity Chefs » Give Me Five for No Kid Hungry

As I walked into the posh Atlanta Athletic Club the words from Carly Simon’s song You’re So Vain played in my head which was odd because the party, Give Me Five, was a charity event for a well deserving campaign* No Kid Hungry. I am sure the people attending were not “so vain.” But still you know when a song gets stuck in your head…

However, the lyrics that did make sense and for me reflected the goals of the evening were also in Simon’s song.

Disclaimer: This post is part of an influencer blogger program. Although the meal was complementary, I received no monetary compensation. All comments and opinions are those of the author.

The people who attended and supported Give me Five were part of a big dream; however, clouds sometimes make it a challenge to see the path to success.

And sometimes dreams can be nightmares. Like the ache in a child’s tummy, from lack of food, when she is trying to go to sleep.

Did you know 13 MILLION kids in the United States struggle with hunger? Source: No Kid Hungry

The backstory. In 1984, brother and sister Bill and Debbie Shore founded a nonprofit, Share Our Strength, which is the nonprofit that put into play the No Kid Hungry campaign.* People in the culinary world along with others who understand the need to take an active role in providing children with access to healthy food and families with nutrition education, create fund raisers like Give Me Five. 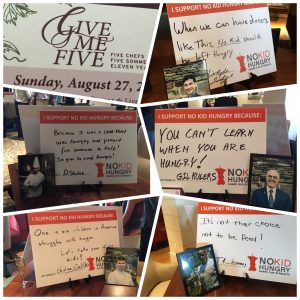 Simply put, Give Me Five was a celebration of food and wine presented in an elegant setting. 5 chefs prepared 5 courses paired with 5 wines carefully chosen by 5 sommeliers. The event raised $90,000. 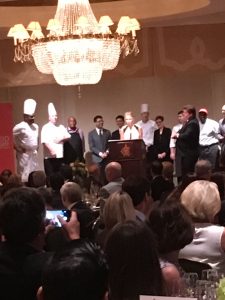 Adding to the festivities was a silent auction with amazing items. 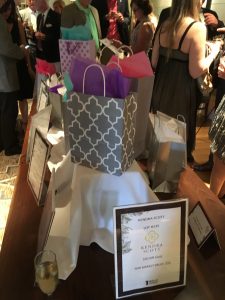 The big ticket items were put to bid in between courses. I was delighted to see that Diva Foodies’ pal Chef Jennifer Hill Booker  offered an exciting package of a culinary demonstration, dinner party for 10 and autograph copies of her new cookbook Diner Deja Vu: Southern Tonight, French Tomorrow.

I walked into the party.… 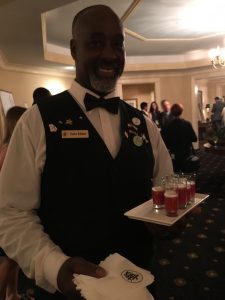 and was greeted by servers who seemed as excited to be apart of the event as the guests.

Sparking wine was indeed the start of a glorious evening. complements of Georgia Crown Distributing Co. 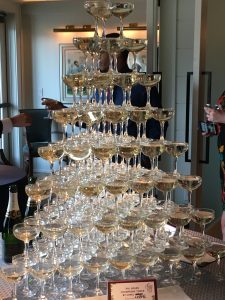 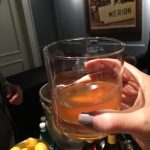 And then there were signature bourbon drinks! complements of Four Roses Bourbon and National Distribution Company 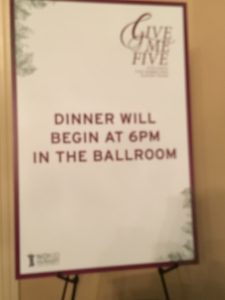 I walked into the party.…

to the sounds of the Atlanta Acoustic Jazz Trio… enjoy a bit of a listen!

Atlanta Chefs and Sommeliers Did Not Disappoint!

Gil Kulers, sommelier from Piedmont Driving Club showed us a unique way to open a bottle of wine ~ with a sword! 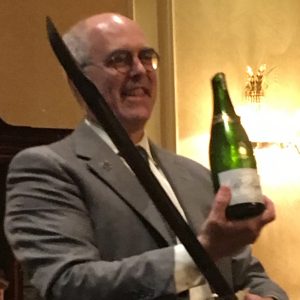 It was an honor to be part of a group of talented food and lifestyle bloggers from the Atlanta Food & Lifestyle Bloggers’ Society, a sponsor of the event, who worked hard to provided social media support for Give Me Five. 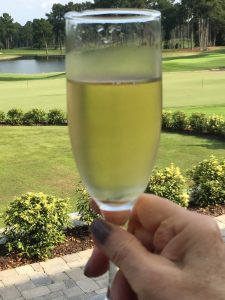