When Culinary Local offered the opportunity to attend a Valentine’s Day cooking class, as part of its Ambassador Program, I was the first to raise my hand. Hal’s Kitchen is a cooking school in Brookhaven a city that borders north of Atlanta. That’s not quite right. Hal’s Kitchen also offers corporate team building classes. That’s still not quite right. What’s missing in my description is — it’s Cyndi’s warmth, caring and enthusiasm that makes Hal’s Kitchen a magical and special experience. 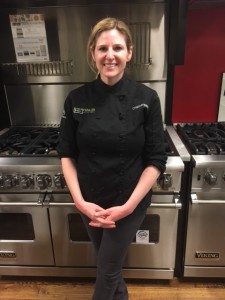 If cooking classes are meant to have fun while you learn a new skill or two, Cyndi and her staff exceeded expectations. Cyndi graciously welcomed each and every guest. 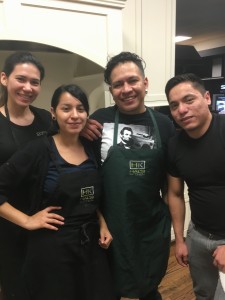 With a glass of wine in hand and nibbling on some light appetizers strangers soon became friends. Cyndi’s fiancé was even on hand to lend a hand and play host. 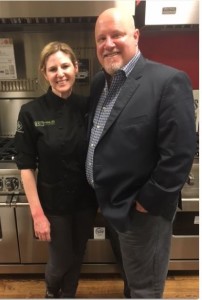 In anticipation of taking an active role in preparing the meal, Cyndi demonstrated a few knife safety techniques.

With help from Cyndi, Chef Juan Carlos, the staff and each other (!) guests formed teams that would each create a part of the meal. 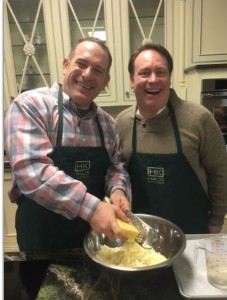 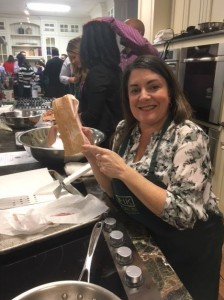 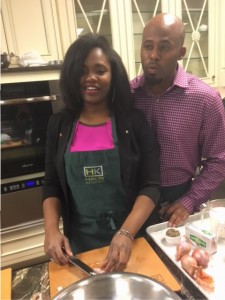 Each course was paired with a perfect wine accompaniment. The Tarte Flambee with Cashel Blue Cheese and Figs was amazing. The pastry was flaky, the melted blue cheese added a wonderful foil to the sweet figs. 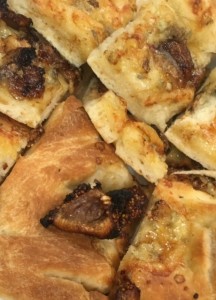 I was curious to taste the Raviolo with Ricotta Cream in Pancetta Brodo. Chef carefully adds the yolk of a quail egg to the pasta. So good! 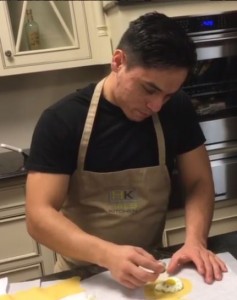 Although all the dishes were tasty my OMG was the Nutella Lava Cakes with Kerrygold Irish Cream Gelato. I wish you could have been there when the Lava Cakes came out of the oven. The chocolate aroma was heavenly. There was a perfect liquid chocolate to cake ratio and the gelato added the over the top touch.  Don’t tell anyone, but it was a feat in discipline not to lick the plate clean. Divalicious! 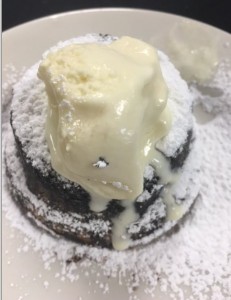 One might say that Hal’s Kitchen, named after Cyndi’s dad, is an on-going tribute to a father-daughter Valentine.

The class was complementary as part of a blogger influence program affiliated with the Culinary Local. All opinions are those of the author. 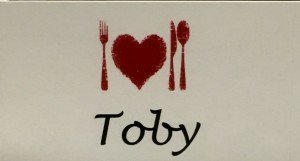