Ina Garten Adds Make Ahead To Her Brand 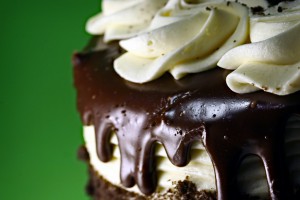 Make ahead meals isn’t exactly a new topic in the foodie and recipe world. In fact, if you type “make ahead meals” into Google search you will be so overwhelmed with recipes for things that you could make ahead that you won’t have time to actually make them ahead.  Or so it seemed to me. So, why then is Make it Ahead Ina Garten’s new cookbook, killing it when it won’t even be released until October 28th? Because, Ina Garten took a tired topic, make ahead meals, and gave it the Barefoot Contessa treatment. In other words, If Make it Ahead was a marketing book instead of a cookbook, it could be called Ina Garten Adds Make Ahead to Her Brand.

Instead of the standard make ahead recipes such as lasagna, chicken pot pies and casseroles the Barefoot Contessa gives us recipes for Pastitsio, a Greek lasagna, and French Chicken Pot Pies with tarragon and artichokes. Now isn’t that fantastic?

Her calm, in control demeanor, the hallmark of her particular aspirational but doable celebrity chef brand, assures us that the effort will be worth it. She has worked though every detail so that our Decadent Chocolate Cake with Make Ahead Whipped Cream will make us the hero, a celebrity in our own homes.

When you contrast the Ina Garten approach to planning ahead with the frenzied Rachel Ray week in a day approach you can really get an appreciation for the Ina Garten brand. Ray’s approach is a sprint; she is Chicken Curry in a Hurry.  She’s perky and frenetic and it’s all about the destination; if the journey to the chocolate cake only has time for Redi-Whip, that’s perfectly okay. You have a chocolate cake for Wednesday night, right?

The journey to Garten’s destinations don’t have short cuts. And the journey can be long and involved. But when you arrive at the destination and are gazing with wonder at her Decadent Chocolate Cake that you just made and can almost hear Ina say, “how easy was that?” you will probably feel that it was indeed, easy. That’s the Ina Garten brand.

For an irreverent look at the Ina Garten brand, see Buzz Feeds take on This is What Happens in Every Single Episode of the Barefoot Contessa.