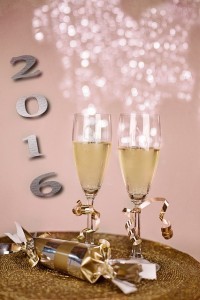 To celebrate 2016, we wanted to share with you inspiration from the #FoodTVChat TV Chefs in what we’re calling Best of 2015 #FoodTVChat. Please enjoy!

Last year we launched the Twitter Chat #FoodTVChat to bring Food TV Chefs and Fans together in digital conversations. #FoodTVChat quickly took on a life of its own. The Chat is network agnostic; our chefs come from  shows on Fox Broadcasting, Food TV Network, Bravo, Travel Channel and more. The Food TV Twitter Community drops by from all over the world; we must say they are the nicest and we appreciate their continued support and participation.

In addition to lots of  cooking, baking and grilling hints we’ve learned so much from the #FoodTVChat TV Chefs which goes far beyond the chopping block.

@DivaFoodies My advice would be: Stay focused on your cooking, educate yourself everyday, be passionate & NEVER give up! #FoodTVChat

.@DivaFoodies Best ingredients you can afford, best technique you know how and care like it's for those you love. #foodTVchat

The simplest #BBQ tip I can give is this: “If you are looking, you aren’t cooking!” Only open your grill when necessary #foodtvchat

@DivaFoodies #FoodTVChat My love and passion for cooking, faith, feedback from my family, friends and followers inspires me each day.

Perfect way to end this chat! RT @LoganJrChef Twitter fans , Always give 140 in the kitchen !!! #FoodTVChat

@DivaFoodies @TylerFlorence #foodtvChat He taught me to trust my instincts, never give up, pay attention and to not be a victim.

Getting ready to host #FoodTVChat!

@logansw62 @DivaFoodies @FoodNetwork I honesly learned that all my life people either really love me or don't like me. #foodtvchat

@bitz4bk @DivaFoodies that I am more creative than I thought! When given different ingredients to cook with I was able to make #FoodTVChat

@DivaFoodies Cooking from your heart and lots of butter and cheese 😊😋 #FoodTvChat #MasterChef and dessert …ALWAYS!

My mama told me love was the best ingredient Food brings folks together and love keeps them together #FoodTVChat https://t.co/Q9Z467NA0F

@DivaFoodies it all takes passion and ambition. That drove me to being successful.

@DivaFoodies LIFE is too short to eat UGLY FOOD !!! #FoodTVChat

@DivaFoodies @GordonRamsay to believe in myself, realize i was there for a reason and trust in my abilities. #gentlemanscholar #foodtvchat

@DivaFoodies QJ Be yourself, be fearless, have convictions. It’s scary to go through the audition, but just take that leap … #foodtvchat

H- means you put your heart into it! I tried to ensure that is what I did in each round! #foodtvchat http://t.co/mchoJSgugZ

@DivaFoodies @bflay QD. Be yourself and talk about what you know. It comes of as who you are and that's what we want to see. #FoodTVChat

OH and one last thing! Cook with HEART. Live with LOVE. And no matter what you do in life, do it with FIRE! #latinaonfire #FoodTVChat

QE #FoodTVChat @DivaFoodies Advice for #FoodNetworkStar: you better know yourself, know your strengths, know how to cook, be comfortable.

@DivaFoodies QB It seems counterintuitive, doesn’t it? I figured it is time to start saying “yes” more than “no” #FoodTVChat

QG you know cooking is not all about filling your belly, cooking is about using the ingredients from the earth to make magic #FoodTVChat

My family #inspires me to cook, to feed & to nourish hearts minds & stomachs! #FoodTVChat https://t.co/YP6ZdqSYZX pic.twitter.com/pNesFXwYvu

QD it was to do my best at what i was handed used my determination and mind to get thru most but dug from within https://t.co/dVVe6Pm13M

Last year we launched the Twitter Chat #FoodTVChat. We had seen, and experienced, the excitement of the FoodTV community as they live tweeted and shared posts from their favorite TV chefs and food TV shows. Marketers call this Social TV.  As often happens in social TV digital conversations are limited. We saw an opportunity for fans to interact with TV chefs in more than a one-off tweet. Our goal was simple… to bring TV chefs and fans together in weekly digital conversations. Although there are lots of great food chats, we were surprised no one had thought to work with Food TV chefs.

We took a leap of faith and reached out to a few chefs we had built digital relationships with and invited them to guest host our new chat. Chef Katsuji Tanbe, Top Chef Boston, immediately said yes. We did the happy dance (!) and with the support from some kind people in the Food TV Twitter Community launched #FoodTVChat.

#FoodTVChat quickly took on a life of its own. The Chat is network agnostic; our chefs come from  shows on the Fox Broadcasting, Food TV Network, Bravo, Travel Channel and more. The Food TV Twitter Community comes from all over the world; and we must say are the nicest and we are most appreciative of their support and participation.

Where do we go from here? More great TV Chefs, more interesting conversations, more recipes. Maybe as  Chef Emily Ellyn suggested a pot luck meet up! As the #FoodTVChat Chefs have taught us… the road can lead to surprising adventures. If you’d like to sponsor a chat let’s chat!