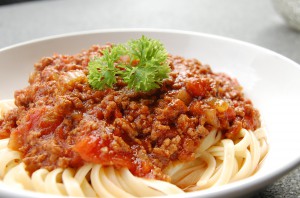 In a self described strategy to “get some attention,” Olive Garden launched the “Never Ending Pasta Pass” hoping that 1000 pasta loving fans would spend $100 for all of the pasta, bread sticks, Coca Cola, soup or salad they could eat between September 22nd and November 9th (49 days!).  According to some reports there were over 500,000 would be pass holders within the first half hour which “exceeded the bandwith” of Olive Garden servers to the frustration of both “winners” and “losers”.

After an hour of refreshing, waiting with overloaded servers and outrunning the internet horde. I now have an @olivegarden #pastapass

#pastapass was a scam #OliveGarden was doing anything for more promo for falling sales. I got kicked off too many times lost a customer

All 1000 passes were gone in 45 minutes leaving Olive Garden to suggest that there could be some second chances to win an unlimited pasta pass.

Sorry and thank you for trying to buy a #PastaPass! Stay tuned as we surprise fans with ways to win one throughout the promotion!

So, while we stay tuned,  let’s take a closer look at the Olive Garden never ending pasta promotion from both a foodies and social media perspective.

Okay, as a foodie, there is not too much to say about the food or culinary experience at Olive Garden. As Market Watch notes, Olive Garden is about quantity, not quality, “much of the food was under-spiced, over-sauced or generally devoid of character” and “when you can’t win the quality game, what else is left to hype but quantity?” And a step further, “going the gluttony route isn’t politically correct in an era when obesity is considered a serious public health concern.” Time Magazine quantifies the caloric implications as 2100 per each dinner or 113,190 calories if you actually lasted through all 7 days for 49 weeks of your #pastapass. For a light take, see David Letterman‘s Top 10 List: “#3 Dignity not refundable.”

Now for social media, or the Olive Garden stated goal of “attention.” First of all, their most recent financial results suggest they need a bit more than a moment’s “attention”; they need regular customers. While Olive Garden’s EVP of marketing Jay Spenchian is quoted as saying that he is seeking attention and “we’re trying to make our fans feel like VIPs”, what is actually happening has the potential to be quite different. We have noted that Olive Garden has garnered significant “attention.” And of course, the promotion was a sell out. But much of the media attention has focused on the negative, e.g. mediocre food, proliferation of “all you can eat” offers from other struggling restaurant chains, gluttony, and so on. So, is this promotion getting attention from “fans” as in passionate customers of Olive Garden? They only offered 1000 passes so as there were potentially 1000 happy fans but as mentioned, many loyal fans were left disgruntled and frustrated and expressed this on Facebook and Twitter.

And then, some of those 1000 were actually profiteers on Ebay. Olive Garden says they have this covered. But then, will the anger of Ebay buyers be turned back on Olive Garden.

@Jezebel Our Pasta Passes are non-transferable & will have the passholder's name printed on them. We'll have more #PastaPass opportunities!

On a positive note, as of today, there were 1287 shares of the original Olive Garden promotion announcement on Facebook. And on Twitter, there was some real creativity. One person wanted to share the pass.

Who wants buy one of these puppies with me and in return get free pasta for 2 months? #OliveGarden #pastapass pic.twitter.com/QoRqs2KbVh

Some suggested donating them to the homeless.

And then there was Jimmy Kimmel’s video parody of the Olive Garden Never Ending Pasta promotion that links it with the successful ALS ice bucket challenge considered a huge social media success.

I am not always a believer in the axiom that negative attention is better than no attention when the negative attention emphasizes a brand’s negatives. McDonalds and their various social media flaps are examples of this. Olive Garden has problems and this promotion highlighted them, sold out or not.