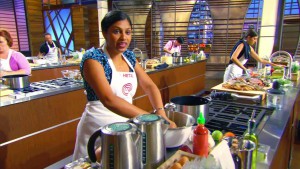 #FoodTVChat welcomed Master Chef Season 6 Finalist Hetal Vasavada as Guest Chef on Thursday July 2nd and she was a delight!

We learned quite a bit about the goings on behind the cameras at Master Chef and continue to be impressed with how much the competitors this season really seem to like each other.

@DivaFoodies We really liked each other and supported one another! It def made my time in the kitchen memorable! #masterfriends #FoodTvChat💕

Plus they continue to support each other on social and by doing social together!

If you missed #FoodTVChat with Hetal Vasavada the full stream is here and a recap of the highlights is below.

Also be kind to everyone! Don't get too down on yourself, everyone has a bad week! #karma #FoodTvChat #masterchef https://t.co/AZRlWy8JRv

We know Hetal Vasavada’s future will be just as awesome as she is! We wish her all the best tonight on Master Chef. Apparently Hetal is in for a big challenge. Don’t miss her!

Hetal is in for quite the challenge in this sneak peek of tomorrow's all-new #MasterChef!https://t.co/jyJLVZDQwH

And don’t miss this week’s #FoodTVChat when our Guest Chef will be Kent Rollins, Throwdown with Bobby Flay winner,  Chopped Grill Master finalist, cookbook author and so much more! Join us tomorrow, Thursday July 9th at 7PM Eastern. 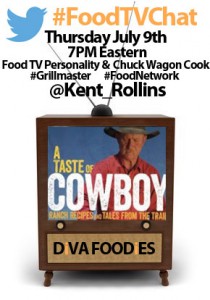