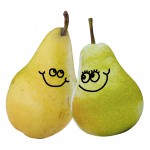 Recently, we have been pondering what seems to be an increasing use of Twitter Favorites.  We decided to dive a bit deeper into that thought process when Twitter users decide to favorite or ReTweet a Tweet that has grabbed their attention and exactly what that decision means for your brand and social strategy. What should we work for,  Twitter favorite or ReTweet?

The Twitter Favorite concept were first introduced way back in 2011, ancient history in internet time, with the purpose of helping users bookmark and keep track of topics and people they were most interested in. It has evolved into something more related to specific Tweets than specific people or topics and in the world of social media engagement is more closely related to a Facebook Like…but with some significant differences.

Favoriting a Tweet still bookmarks it for the user in their Favorite stream, and that is in fact visible to their followers should anyone be interested enough to visit someone else’s Twitter Favorite stream. The number of Favorites a Tweet receives is also tallied and noted underneath the Tweet itself. Finally, Favoriting a Tweet notifies the Tweet author that their Tweet has been favorited. It is a kind of a “Oh yeah, saw your Tweet. Next case”

A while back Scott Monty dubbed Facebook Likes a “digital grunt”, a low form of social commitment, much less important than a comment or a social share. Similarly, a Twitter Favorite is a “digital grunt”, much less valuable than a ReTweet. A ReTweet, like a Facebook Share, sends the Tweet off to the re-Tweeter’s followers with a digital endorsement that says this Tweet is so valuable that I want to share. Because after all, sharing is the metric, the most valuable, currency of social. Retweets require engagement.

Yet according to analytics from Topsy, Twitter favoriting is at an all time high. Even Twitter seems concerned enough about this trend to experiment with showing Tweets favorited by your followers and even highly favorited Tweets by people you are not following in your time line. For Twitter, this is a way to nudge Twitter users to follow more people. For many Twitter users,  this “experiment” is a fail, adding to an already overloaded firehose .

Twitter is most definitely at the epicenter of the foodie digital experience and an influential force in the marketplace so we need to know we are being heard here. So, back to the question, do we want a Twitter favorite or a ReTweet? Well, we will always accept a favorite but clearly we would prefer a Twitter ReTweet. A Twitter ReTweet is like a positive review that is posted on Yelp that tells the world that a customer had a great meal while a Twitter favorite is more like when a customer tells you that they enjoyed their meal and/or mentions the experience in passing to their next door neighbor. In other words,  of course we want the ReTweet, the  social endorsement that place a significant value on the Tweet.

Focus on the ReTweet

So, focus on the ReTweet! When you post something, ask yourself if your target will find it valuable, share worthy. Tweet in a conversational tone and call out why you are posting the Tweet.Use hashtags to direct your Tweet to those likely to be most interested. Leave enough characters in your post so it can be easily ReTweeted in less than 140 characters. Social media is a generous media. ReTweet the Tweets of others. And spend some time analyzing which of your Tweets are getting the most engagement…look at content, time of day, use of visuals etc and then do more of what’s working and less of what’s not.