Whiskies of the World: A Journey Into Scotch & Bourbon

There are food shows. There are wine shows. There are beer shows. However, one of the most unique is a show dedicated to whiskies. When Linda Carmical, Do.Food.Better offered me a media pass to something called Whiskies Of The World I was intrigued. Although I love wines and beers there is some special about a really good Scotch or Bourbon. Linda promised I would find both … she and Whiskies Of The World did not disappoint.

Walking into the ballroom at the Grand Hyatt in Buckhead was indeed like being on a global whiskey tour with brands from Scotland, USA, Canada, Isle of Skye, India, Spain, Ireland, Taiwan and even France. My journey into the land of whiskies was not just about tasting but about learning. The exhibitors were passionate about their products and happy to educate a novice.

It seemed appropriate to begin my adventure in Scotland tasting what was a delicious silky smooth with smokey tones single malt Scotch whiskey from Lagavulin. Little did I know that I had stumbled on one of the oldest distilleries founded in 1816, on the island of Islay. I felt I had met one of the grand dames of the evening. A visit to Islay is now on my bucket list. 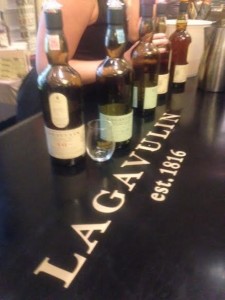 Next stop was quite the opposite. With a tag line of “Whiskey To The People” Chattanooga Whiskey is new to the scene. This handcrafted mico-distillery opened its doors in the spring of 2015 making it the first legal whiskey distilled in Chattanooga, TN. Guess there are lots of stills in them there mountains! 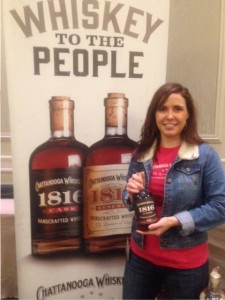 Wondering where to go next in a world of whiskies this caught me eye. Chocolate made from the lovely Laphroaig Scotch Whiskey. Another distillery from Islay, Laphroaig traces its proud history back to 1815. Yes, Islay is a definite bucket list contender. 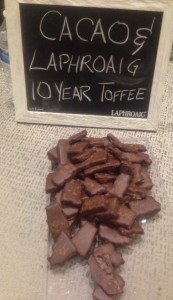 The divalicious toffee is from Cacao Atlanta.

In between sips the Grand Hyatt served up some yummy food including a wonderful mac and cheese with duck confetti! 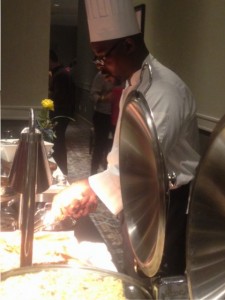 If you like your whiskey with some added flavors, 8 Seconds Honey Cinnamon might be the one to try. 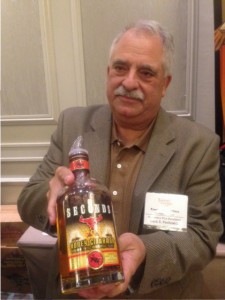 Peek into your parents’ or grandparents’ bar and you just might find one of the classic whiskies ~ Canadian Crown Royal. If you thought this whiskey was for an older generation … you must think again. Word: Elegant. The history of Crown Royal is fit for a king. Well, actually it was made for the King and Queen of England to celebrate their 1939 visit to Canada. Shhh… here’s the secret of how Crown Royal was developed. 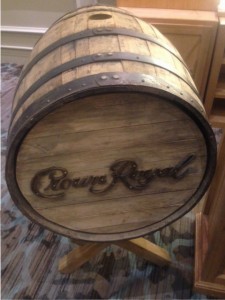 When I think fine whiskies I think of classy piano bars with jazz playing in the background. Tucked away in a corner was a baby grand. Alas no piano player tickling the ivories with Frank Sinatra tunes but it was a reminder. 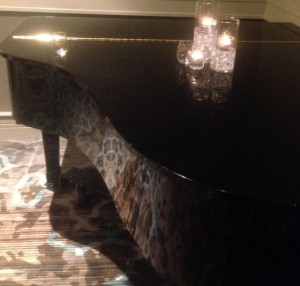 French whiskies from the land of wines and champagne? Mais oui! Brenne is a very special single malt whiskey that was unlike anything I had tasted. Aged in cognac barrels there is no smokey under tones but a rich, smooth experience that I really loved and want to love again. 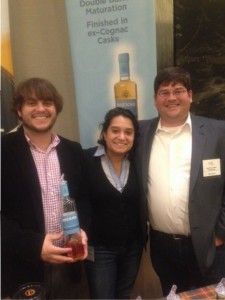 And then there was Jack. Jack Daniels of course. For so many Jack was their first entree into the world of bourbon. 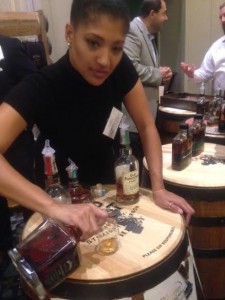 A southern gentleman, who was no gentleman, introduced me to Jack. But that’s a story for another day (!). Shannon Holmes, a member of the Atlanta Team Whiskey of BrandChampions, poured me a unique treat of limited edition of Old Forester Birthday Bourdon.  Definitely delicious. FYI ~ Watch for a revival of the 140 year old Old Forester brand. 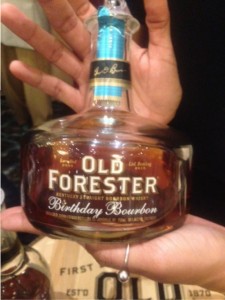 As Discover South put it … so much whiskey … so little time!

Thanks for a special evening Whiskies of the World! 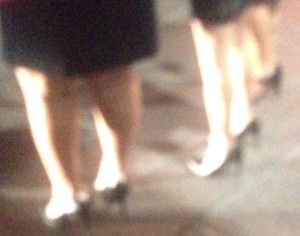 Bloggy disclaimer. We were comped a media pass to the event. However all opinions are those of the author.