Where are the women chefs?

Home » Celebrity Chefs » Where are the women chefs? 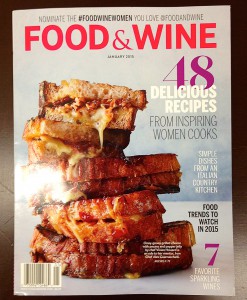 Recently we have been discussing the apparent lower media profile of women versus male chefs. It’s not a new topic. Beverly Wettenstein says she has been taking issue with the annual Food & Wine list of the Best New Chefs  for a decade  because it has historically featured so few women. The 2014 list featured two women chefs. The 2013 list featured one women chef.

None of the four women out of the thirteen people featured November 2013 Time Magazine’s Gods of Food cover were women chefs. Time Magazine acknowledged  the lack of women chefs on it’s own list of gods in a separate article later in November.  That article’s premise was essentially that the Time list reflected reality, i.e. that women chefs were not quite deserving of godly status. Time solicited support for their opinion from such notable women chefs as Alice Waters, Amanda Cohen, Teresa Montaño, and Barbara Lynch who attributed the second class god status of women chefs to their desire for motherhood (Waters and Montaño),  the perception that “women in the kitchen is a domestic thing and that men in the kitchen is a creative thing”  (Waters), the sexist media (Cohen and Lynch), women’s lack of tunnel vision (Montaño). Really?

Well according to some,  Time Inc. thought it might need to mitigate the male chef bias in their pubs (they own Food & Wine as well as Fortune Magazine and Time Magazine) and decided to publish another list in September 2014, the “Most Powerful Women: The Food & Drink Innovators” list in both Food & Wine and Fortune. Yet, this list of admittedly 25 incredible women in food has only five chefs: Nancy Silverton, Chritina Tosi, Billy Kwong, Giada De Laurentiis, Rachel Ray. So, regardless of the impressiveness of the women on this list, it is apples to oranges in a discussion of the dominance of male chefs.

Further, though Beverly Wettenstein writes in The Braiser that Food & Wine is devoting their entire January 2015 issue to women’s culinary achievements their cover features a photo (see above) of a grilled cheese sandwich (albeit a totally to die for looking grilled cheese sandwich) and the headline “48 Delicious Recipes from Inspiring Women Cooks.” Cooks? Every July, Food & Wine features photos of their Best New Chefs and every year the overwhelming majority of those chefs are men. Yet, this January 2015 issue touted as  Food & Wine’s Female Chef issue in reality places women in the role they apparently think should be, cooks not chefs.

So, where are the women chefs? Well apparently the James Beard Foundation has finally found them and recognized them. And we will continue our pursuit of this topic.