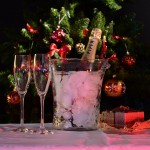 Yes, ’tis the time of year for the best of lists for 2014. There are lists of the best foodie stories from 2014, best and worst food trends of 2014 lists and even favorites from Oprah’s favorites list. At Diva Foodies we decided to mix this up a little differently and pull together a list of the most useful and amazing foodie things we learned in 2014. They are in no particular order or ranking. Just foodies things we learned or discovered that we found useful, even amazing and wanted to share in hopes that you too would benefit. So without further ado, here comes the first annual Diva Foodies 2014 Useful and Amazing Foodies Things that we learned this year…..

7. Baking mishaps can turn into yummy treats! The clock was ticking too quickly before I was to leave for a Christmas Eve dinner. The dessert I made, pecan cheesecake squares, (thank you Polli!) was chilling in the fridge. All that was needed was to cut them into bars. Ooops. Seems I didn’t butter the bottom of the baking dish enough and instead of pretty pieces of pastry all I was getting was messy and gooey. The good news was they tasted amazing. Then I spied the holiday cupcake baking cups. Bars turned into bite-size Pecan Surprises! ~Toby 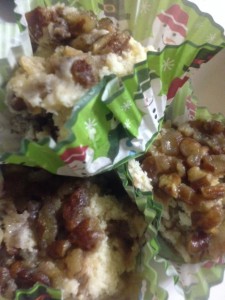 And from Marianne & Toby of Diva Foodies, we wish you a very happy 2015!