WoW = Whiskies of the World

It must be Whiskies of the World.

I’ve been looking forward to the night Whiskies of the World would make it’s way back to Atlanta and on November 4th Director Douglas Smith opened the doors again. Proceeds from the event benefited the North Atlanta Rotary Foundation.

Thank you Whiskies of the World for the VIP media pass. My entree to the event was complementary and all opinions are those of the author.

Some spell it whiskey others whisky, some prefer single malt to blended, some like single barrel versus double barrel. Whatever your pleasure, WOW was an event that brought together international distillers and people who appreciated this special spirit.

This gentleman is wearing a Warrior Plaid Kilt.

The VIP pass gave me access to a series of Master Classes which helped set expectations for what we all were there for… to experience amazing whiskies. I began my adventure with a whiskey tasting class conducted by Raj Sabharwal. Raj has been recognized as Whisky Importer of the Year by Whisky Magazine 3 years in a row. I knew I was in good hands!

Armed with knowledge of how to appreciate whiskey I was ready to head to the expo hall. Keeping in mind the extent of brands and distillers I create a WoW plan. I would focus on the home of whisky — Scotland, and of course the Isles of Skye and Islay #bucketlist. However, I would explore other whiskies that caught my interest along the way. I set off in search of drams.

One of my favorite aspects of the whiskey, including of course bourbon, world is each distillery has its own unique story.

Black Bull -With a name like Black Bull I expect something rough. Although there was a complexity, the flavors were of honey and brown sugar with backdrop of vanilla that some may call caramel. I tasted 3 different bottles that were aged from 7-8 years, 12 years and 21 years. Established in 1864,  Black Blull is know for award winning blended Scotch Whisky. The distillery is located in northern Scotland in the town of  Huntly, Aberdeenshire. 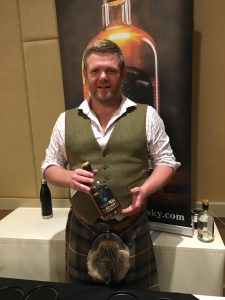 Glen Moray – It was a surprise to learn that this whiskey was aged in wine casks — chardonnay to be exact. The single malt whiskey I tasted had not a bit or smoke and was so smooth. Established in 1897, Glen Moray is located in the coastal town of Elgin known as the Laich of Moray. 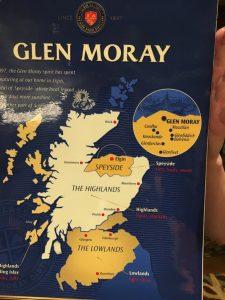 Balblair – Established in 1790, with centuries of whiskey making experience, one might expect the spirits from Balblair to be pretty good. My notes about my taste of Balblair 83 read, “Oh My!” One of the tasting suggestions was to notice the finish. This single malt whiskey finshed long with what I thought was some spice. Just lovely.

Old Pulteney and Stroma Malt Whiskey Liquor – I enjoyed the award winning 12-year old Old Pulteny single malt Scotch Whiskey. I could taste pleasant flavors of honey and spice. Then I was offered Stroma, a liquor made from the whiskey. There is something special about ending a delicious meal with a liquor and my thoughts were Stoma would be perfect. The distillery is located in a small village in northern Scotland on the shores of the Doronoch Firth. 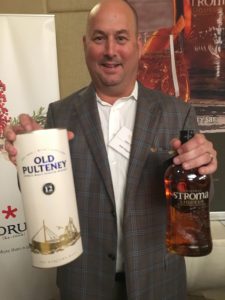 Leaving Scotland I ventured to India and France! Some times you turn a corner and find something magical. That’s what happend when I tasted Amrut from India and Brenne from France! Who knew?!

Armut – This award winning single malt whiskey was rich and smooth a subtle smoke finsh that had a nice lingering finish. I must admit I took several sips. 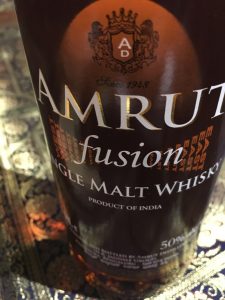 Brenne – I “found” this wonderful whiskey when I attend Whiskies of the World a couple of years ago (post). The French Single Malt whiskey is aged in cognac barrels. How very French! You won’t find smoke but you will find a satisfying finish. The only sad aspect about Brenne is it’s not widely available in the States. The distributor promised me Atlanta is high on the list. Let’s hope. 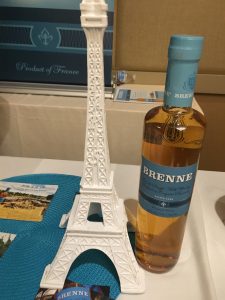 Sometimes you turn a corner and find something magical. The extra special surpise was not a Scotch or a Bourbon but artisian chococlates crafted in a small family business in the small town of Roswell just north of Atlanta. Chef Brulee is definately an OMG experience. For the expo, Chef Natalya Shapiro created whiskey infused chocolates that were amazing. Divalicious! 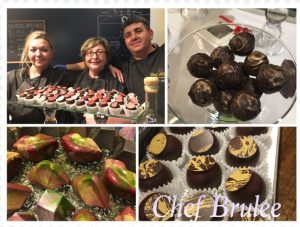 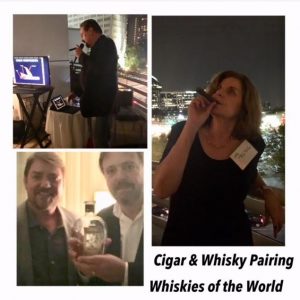 Yes, It was indeed a WOW Event!

But wait there was one more! To end the night I particiated in another Master Class; this one was Cigar and Whiskey Pairing conducted by Gary “Doc” Laden, one of the hosts of the Atlanta Draws Radio Show. The cigars we were treated to were paired with Small Barrel Four Roses ~ Delicious and a fun way to end the night!