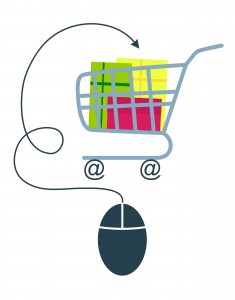 In an article titled Packaged Goods Marketers Wade Warily Into eCommerce, today’s AdAge quotes Denise Morrison, CEO of Campbell’s Soup, telling investors that “the new frontier of e-commerce has come to food. Ready or not, our industry must do a much better job leveraging this channel.”

Agree, but easier said than done. There needs to be some significant changes in mindset on the part of Big Food marketers that transcend simply riding into the not all that new but ever evolving e-Commerce frontier waving the leverage card. To leverage this channel or any other channel of the future, mindsets must change and spending allocations need to shift. eCommerce is not a new frontier in 2014, even for Big Food. It’s a super highway and a destination on the consumer path to purchase. In other words, Big Food, meet eCommerce, ain’t no frontier at all but an integral part of the business model.

Here are 3 Rules of the eCommerce Road

1. Embrace Amazon as a key retail distribution channel: While AdAge warns that CPG companies may not have a choice but to engage with Amazon, it might be best to adopt a “join ’em” not “beat ’em” mind set. Here’s why: eCommerce is not a new frontier for Amazon. “It has reinvented, disrupted, redefined, and renovated the global marketplace. Last year, e-commerce sales around the world surpassed $1 trillion for the first time; Amazon accounted for more than 5% of that volume.” The Amazon frontier has “one click” ordering online and on mobile, “subscribe and save”, the Locker program, Amazon Prime and Amazon Fresh as household words. They have 89 state of the art 1 million square foot fulfillment centers across the globe that are in close proximity to most major urban populations and “local express” (same day) delivery is available in some locations. Amazon Fresh, the future hiding in plane site, is a transportation network for same day grocery delivery services complete with Amazon Fresh delivery people and Kiva robots. Embrace it. Customers already have.

2. Step beyond the safety of current metrics:  Metrics matter and it is so much easier and safer to use in-store displays, POS coupons or drop an FSI with broad reach and predictable redemption rates than to allocate spending to longer term eCommerce strategies such as building pages on Amazon, increasing online product reviews,  honing SEO skills and increasing conversion rates. Redemption rates, online traffic and other similar metrics are the comfort food for so many CPG marketers. Soothes the current situation; the future, not so much.

3. Experiment: Did you laugh yesterday when Coca Cola announced that it was bringing back Surge, the highly caffeinated Mountain Dew knock off that it discontinued in 2002, and making it available exclusively on Amazon? Well, it sold out today. This was the confluence of several trends. Surge fans contacted Coca Cola via social media urging the company to bring back Surge. Coke quickly responded and through the nimbleness of Amazon’s eCommerce platform and YouTube, Coke scored an unscheduled victory. Big food should look at what little food is doing on Amazon. Brands such as Kind Bars and PopChips have killed it on Amazon by savvy management of their Amazon stores.

Welcome to the not so {new} frontier.