Wondering who is going to win Food Network’s Spring Baking Championship next Sunday night? So are we! Of course, just like us, you will have to wait until Sunday. But on Thursday May 28th at 7PM Eastern on #FoodTVChat you will have the chance to get all up close and social with one of the three remaining contenders Chef Dwayne Ingraham. You won’t want to miss this one!

You may recall that Chef Dwayne Ingraham smoked the competition on Valentine’s Day to win Cutthroat Kitchens . Not easy to do, right?! 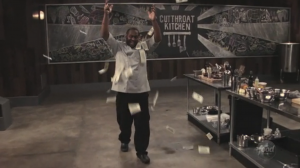 Currently, on Spring Baking Championship he has persevered against some fierce bakers. From Mother’s Day with pavlovas, that were so good that they made Duff Goldman mad, all the way through Memorial Day with his amazing rhubarb, strawberry and blueberry pie he’s made it, along with Andy Chlebana and Damiano Carrara, to the final round airing on May 31st. 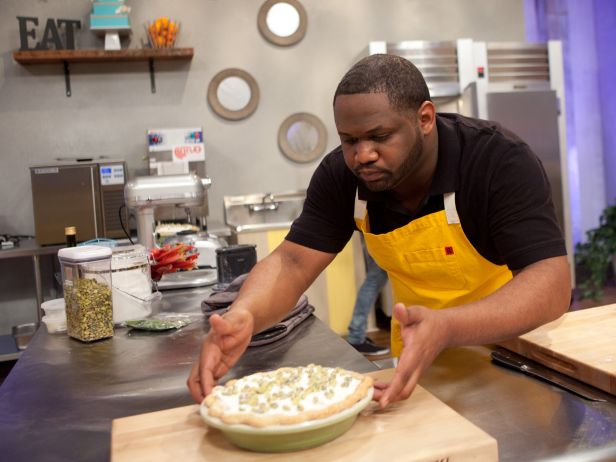 Dwayne was born in Louisiana and attended culinary school in Vermont at the New England Culinary Institute. Currently Dwayne resides in Oxford, Mississippi where he is the corporate pastry chef for City Grocery Restaurant Group. He says that despite living in Oxford, Mississippi he is very loyal to his LSU Tigers.

Dwayne just launched a gorgeous blog, Southern Delicacies by Dwayne Ingraham, Jr where he shares his recipes, methods and stories with “love and soul.” Check it out! You can also find him on Facebook, Instagram and Twitter.

Of course this Thursday at 7PM Eastern you can find Dwayne at #FoodTVChat. So, relax, kickback, bring your questions and join the fun!