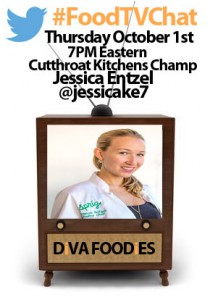 Join Diva Foodies tonight, Thursday October 1st at 7PM Eastern for #FoodTVChat with Jessica Entzel.  Jessica, as you Cutthroat Kitchen fans may recall headed to the great outdoors this summer with Alton Brown and won Episode 3 of Camp Cutthroat. She  was then one of three female chefs to compete for the Camp Cutthroat grand prize which she ultimately won making Jessica the Camp Champ!

But being the Camp Champ is just the most recent of Jessica Entzel’s professional accomplishments. Jessica is the culinary creative manager for Sprig, an exciting and visionary healthy meal delivery service that has raised $57mm in funding and is growing in leaps and bounds. Sprig delivers on demand healthy, locally sourced,  reasonably priced meals in the unheard of time of 15 minutes using an Uber/Lyft model in the Bay area and Chicago with plans to expand to cities worldwide. My son who works in Palo Alto tells me that Sprig gets raves reviews from the frequent users in his office!

Jessica is from Beulah, North Dakota and says her interest in cooking was influenced by watching the Food Network and like so many successful and passionate chefs, by cooking alongside her mother. She attended culinary school at Le Cordon Bleu in Minneapolis and began culinary competing while there. Her first competition was sponsored by the prestigeous Chaine des Rotisseurs.  While in culinary school Jessica became interested in pastry which led her to a position in Wolfgang Puck’s restaurant working with renowned pastry chef Sherry Yard. Jessica also became interested in food styling and began doing freelance work for cookbooks and stores such as Target. Jessica eventually left Minneapolis and headed to New York City where she continued to freelance as a food stylist for magazines such as Martha Stewart Living and began working in Gordon Ramsey’s restaurants as a pastry chef. From New York she headed west to the Napa Valley where while working as a pastry chef for Morimoto Napa  she met the founders of Sprig, Gagan Biyani Neeraj Berry, Morgan Springer, and Matt Kent and joined their exciting start-up!

and everything in between including more about Sprig!! and their plans to truly change the way America eats—for the better!! 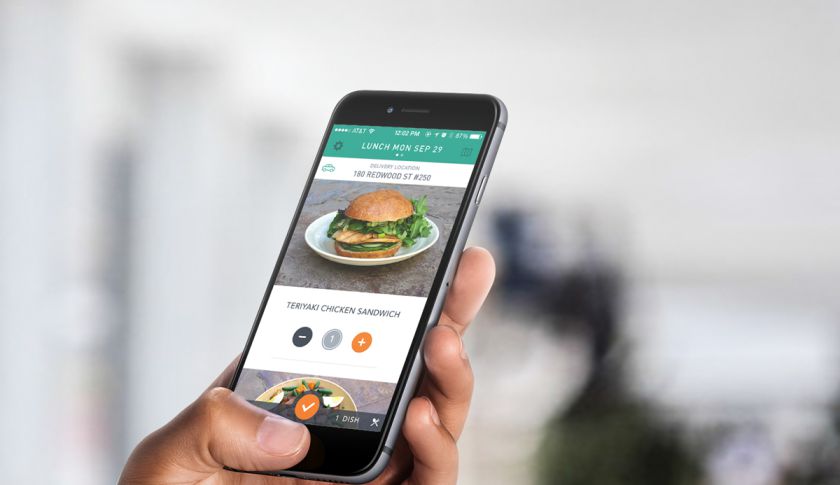 Update: Sadly, the innovative concept of Sprig Delivery Service has closed its doors.