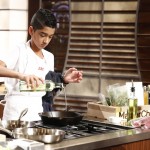 #FoodTVChat couldn’t have asked for a better Guest Chef than Master Chef Junior Finalist Zac Kara! He was funny, he was charming, and his passion for cooking shone right through. But of course that no doubt describes  Zac every day, right? If you missed #FoodTVChat,  you can catch up with the stream here or enjoy our recap of #FoodTVChat with Zac Kara below.

QB #FoodTVChat @DivaFoodies #MasterChefJunior It was actually never about the competition at the start. I had just started cooking and…

QB #FoodTVChat @DivaFoodies #MasterChefJunior and I just wanted to see if I could even get on the show.

QE #FoodTVChat #MasterChefJunior I didn't mind the challenge It is a competition The dish I made actually turned out to be pretty delicious.

QI #FoodTVChat #MasterChefJunior She is awesome! I just want to say #thanks to her and my sister for all their help! #family #mom #sister

QI #FoodTVChat #MasterChefJunior My mom taught me that it is okay to fail & to keep moving forward. You always learn from your mistakes.

QK #FoodTVChat #MasterChefJunior Be yourself Always smile Learn to talk well Practice hard Show off your cooking skills Have a thick skin!

@zac_kara Organize your ideas well & stay true to who you are. That's why folks will want your book #FoodTVChat https://t.co/dvPWprVRy0

and never give up. No matter how many "no's" you get! #FoodTVChat https://t.co/RiZIGODS1a

If you are going to be in Orlando on  February 27th, Zac has an invitation for you!  We know we would be there if we were headed to Florida.

Zac, you were an awesome #FoodTVChat Guest Chef—thanks so much for joining us.

Please join us next Thursday, February 11th for a truly special #FoodTVChat.  We are so excited to welcome FOUR GUEST CHEFS, Food Network Season 1 All Star Academy alums Sharon Damante, Sherri Williams, Joseph Harris, and Vanessa Craig. These awesome chefs will be competing on Guys Grocery Games on February 14th at 7PM Eastern right before the season premiere of Season 2 All Star Academy. 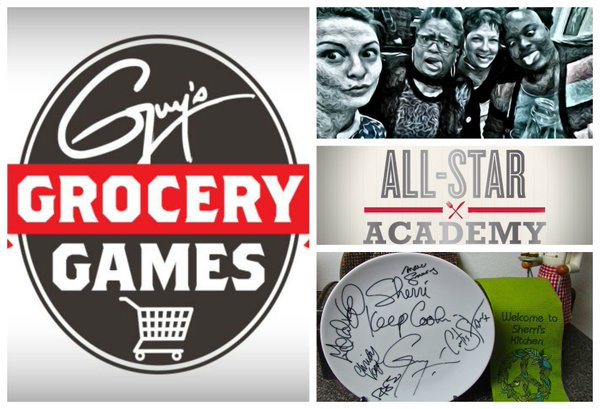 Sharon and Sherri have both hosted #FoodTVChat and are frequent participants in the chat and two of our favorite people to boot! And we can’t wait to “meet” Vanessa and Joseph. As Sharon recently noted…..

We’ll be looking for you!