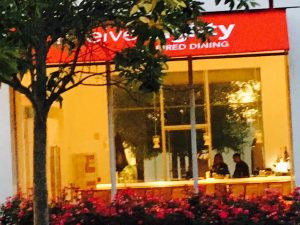 Twelve-Eighty… more than a stop before the arts. Tucked away in the Woodruff Arts Center campus in Midtown Atlanta, fondly referred to as the Village for the Arts, is another type of performance art — the restaurant Twelve-Eighty. 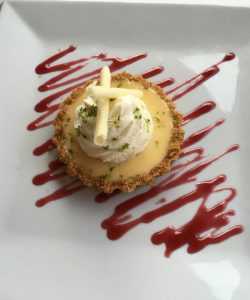 The more we get to know talented chefs and restaurants that are creating innovative and divalicious dishes, the more we are convinced this aspect of the culinary world is a combination of art and of course science.

Why not begin with dessert?! Key Lime Cheesecake.

Recently Diva Foodies was invite by Melissa Pelkey-Hass aka Chef M and the Atlanta Food Bloggers’ Society  (we are members) to a special food blogger menu preview tasting at Twelve-Eighty. The restaurant is part of Sterling Spoon’s portfolio of culinary establishments. 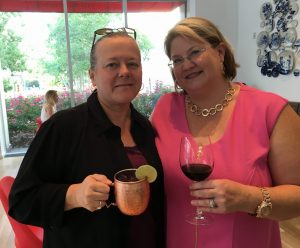 Walking into the restaurant is a bit like an adjunct visit to the High Museum. The night of the tasting the front dining area housed a display of beautiful Dutch Delft pottery. As you can see from the photo below, the blue pottery popped against the orange chairs reinforcing the bright happiness of the room. 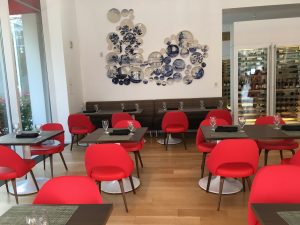 I was greeted by Alex Polazzo, General Manager, who offered me a lovely glass of Chateau Saint-Pierre Rose 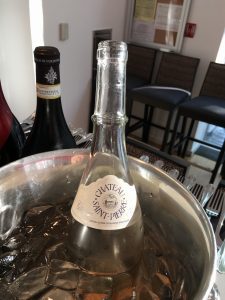 to enjoy while I chatted with the Twelve-Eighty staff, chefs and dished the latest food happenings with fellow food bloggers. 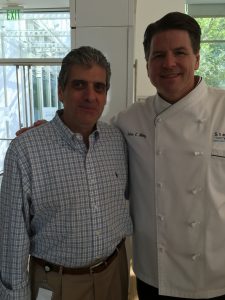 The warmth and friendliness of all was truly a page from southern hospitality that set the tone and the food bloggers’ anticipations for the many delicious dishes and refreshing cocktails that were to soon follow. 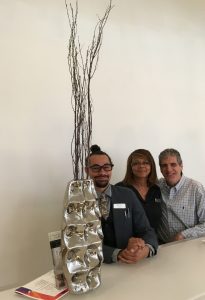 We were treated to an amazing tasting including dishes from lunch, dinner, dessert, cocktail and of course wine menus. Nice touch to include some of the suppliers in the dish descriptions. Timothy Pettus, restaurant manager, told me that an emphasis was being placed on more ingredients that were locally sourced. Sweet. 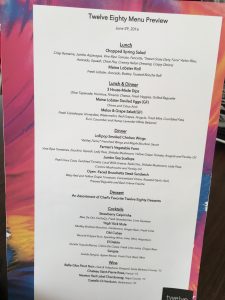 The tasting began with Chopped Spring Salad that was perfect for a hot summer night. I especially liked the crunch of the crispy onions that gave extra texture to the greens and asparagus. The sprinkling of pancetta along with the creaminess of the Asher Bleu 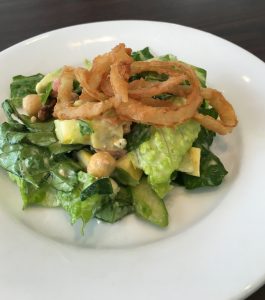 cheese complemented the seemingly simple but sophisticated dish. The cheese was from Sweet Grass Dairy Farm located in Thomasville, GA.

And then there were the cocktails! Lucky us… we had the opportunity to taste several. Ginger beer and lime were used in a couple of drinks including ‘High’ Kick Mule (bourbon) and El Diablo (rum). It was fun to sample drinks made with similar ingredients but with different base alcohols. If dinner is not on your schedule a cocktail and dessert would be a way to go for an after or before the symphony, theatre, museum or an any time treat. 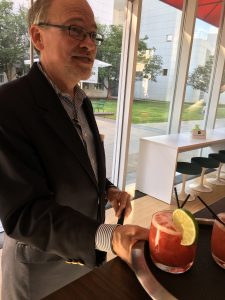 Growing up in Boston, one of my go to foods is lobster. As you might imagine, I’ve eaten my fair share of lobster rolls from small New England seafood shacks to fancy restaurants. Well, foodie friends, Twelve-Eighty gets high marks for their Maine Lobster Roll — the lobster was cooked perfectly, not a lot of mayo and the brioche roll (better than a boring hot dog roll!) had a nice crunch. I must admit, as a lobster purest, I was a bit dubious of the avocado slice but it was an interesting addition. You absolutely must indulge in the homemade chips. The only thing missing was the ocean! Sigh. 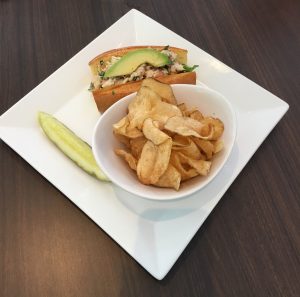 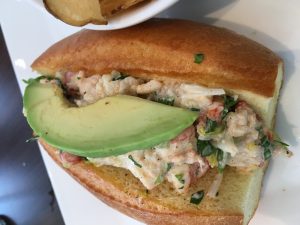 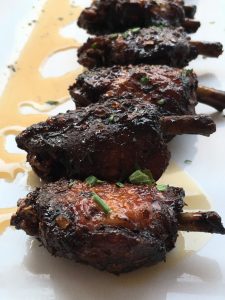 Jumbo Sea Scallops were sweet with that nice caramelized crust that every scallop cook aims to create. 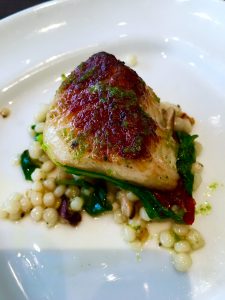 Just when we thought our Twelve-Eighty food bloggers’ menu preview was at an end, we were served an assortment of 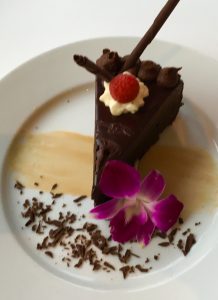 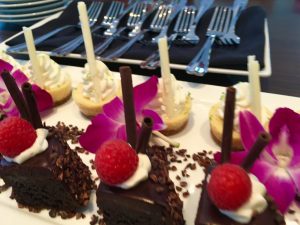 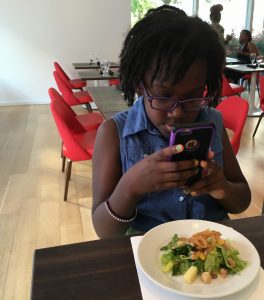 Twelve-Eighty was pretty smart. We were presented with a guest size serving of each dish which made for great photo ops. Then bloggers were served a generous individual portion of the dish.

My thanks to the staff and chefs at Twelve-Eighty for a delightful menu preview tasting and for their gracious hospitality.

The meal including beverages was complimentary as part of a  blogger influencer program affiliated with the Atlanta Food Bloggers’ Society.  All opinions are those of the author. 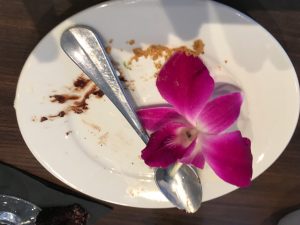